Click the image to the left of each description to order 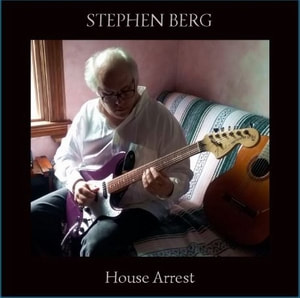 ​
About the songs on House Arrest...

Well, my new CD is done, it has been released, and I’ve had a few sales. The process took quite awhile, and I am generally pleased with the result. I called it HOUSE ARREST kind of as a joke, but also as a comment on the reality we currently live in. With the exception of our forays for food and other necessities as well as the weekly socially distanced outdoor church services Erin Berg and I do music for, I’ve hardly been anywhere. I filled up my car for the first time in about three months. It’s been a strange existence.

I contemplated not publishing the CD, to let it sit until I could play somewhere again, but I had put a lot of work into the recording, and I wanted to see something concrete. Music is basically what I do outside of my day job. I play my guitars every day and I am constantly thinking about and consuming music. It is such an ingrained part of my identity. I am a guitar player.

I recorded a couple of cover songs on this one. The first is “Deportees” which was written by Woody Guthrie and Martin Hoffmann. I have known about this song forever, first encountering it on one of Arlo Guthrie’s albums I bought around 1977 or so while I was still in Junior High. It seems pretty appropriate today. The other one is “Got A Line On You” by Randy California. It is included as a tribute to The Mods. The basic tracks were recorded as a demo for a partial reunion of the Mods a couple of years back which united me with drummer David Neslund. I added some extra tracks to fill it out so I could include it here.

This is the first album filled with a lot of songs about relationships, which is a little different. I have always been somewhat reticent to write from too much of a personal level and concentrate more on the political or social. Many of these songs were written some time ago, and I was able to rework the old material because the songs were, and are, pretty honest. The only overt political song is the title track “House Arrest.” This is also the first album recorded entirely on my Tascam DP-24 recorder. I found the mastering tools pretty essential to creating a balanced and uniform sound for the recording.

The oldest here is “Clowns,” which hails from around 1981. It is a rather dark song that I remember writing with the image in my mind of a menacing person watching the world outside their window. It’s a lot of impressionistic wordplay, and an experimental arrangement.

The first two verses of “Not This Time” were written in 1981 regarding a girl who was a cheerleader who was nice enough to me, but rather dismissive. It hung around as a faux country song that I played around with and abandoned until around 1989 when I recorded it to 4-track in a kind of reggae arrangement and completed the last verse (“as you live your dull and normal life...” I guess I think that all the girls that never went out with me really missed out!

“Hang it Up” is a song about being really tired of being locked to a day job, and realizing in a few more years I can hang it up and walk away. It was written on the Irish Bouzouki in March or so of this year, so it is brand spanking new.

More tiredness and regrets are followed with “In Denial” which is about the roads not taken. This is one of five songs I wrote while on retreat at Pacem in Terris in St. Francis, MN. Three days alone in a cabin and the songs just came out. Three of these, “Talk To You,” Don’t Wait,” and “Believe” were reworked and recorded on 13 GUITARS in 2017. The fifth song will probably never see the light of day.

Perhaps the most puzzling song for those who have listened to this is “Godspeed.” This was originally written for DCOM (The District Committee on Ordained Ministry for the United Methodist Church). I was working my way toward a call to ministry and ran into a few snags along the way. Suffice it to say, things did not go the way I had hoped, and I ended up ending my candidacy with a a 6 page letter that maybe I should probably not have sent and is now a part of my “file.” Anyway...I shortened the song to two verses as the last verse was a little too specific, and reworked it so that it had more universal appeal, and I’m happy with it. Of course, my feelings have changed on this matter, and it all was probably for the best. It’s an honest song, though.

“It Doesn’t Matter” I wrote in college at Bemidji State University in 1986. It came out of a conversation with a good friend who was dating a woman, and the conversation got around to the subject of love, and I asked if he loved her. He said that really he didn’t and probably never would. Knowing this person, I think he felt that way so that he would not ever be “hurt” if things ended badly. So I envisioned the semantics that his mind probably would have to go through to convince himself he never cared if she ever left him. Anyway, they did get married and it has, from what I understand, worked out rather well.

“One and One” explores the myth that unions between men and women make us from two into one. There are always two. That is the beauty of marriage and relationships in that you need to “marry,” to coin a phrase, two different people and make it work. Sometimes it doesn’t work, however. So, I decided to take this song into that realm. Thinking on some of the past relationships that didn’t work out, the refrain of “I thought I could change you” helped me finish the song. Wrote this around 2010.

All in all, I’m happy with this. I had fun designing the inserts and putting together the packaging. The previous company that I used for my last cd YOUNG AND EARLY SONGS was Easy Disc, but their website disappeared, so I was forced to source though other vendors, and actually produced these cheaper per disc. For the discs I used Disc Maker to do the disc printing and duplication. The inserts are done through printdirtcheap.com and it was easy to do. The cellophane bags and actual jewel cases I sourced from different places. I did my song licensing for the cover songs through Songfile.

No idea what is next. I am starting the process of digitizing all my other “output” from cassette to digital. I may find some songs to rework there. It’s harder to write now, when before it just flowed out of me. I used to be able to go into my little room, record riffs and ideas, and in about 2-3 hours I would have a new song. Not so much anymore. ​ 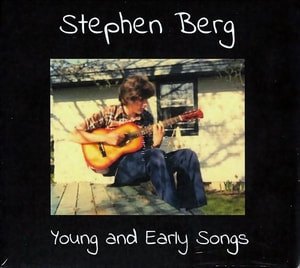 YOUNG AND EARLY SONGS (2019)
​ Some of the earliest songs I have written and recorded at some point between 1977-1988.   These are new recordings with just voice and guitar.

All songs by Stephen Berg
Click the image to the left to order a physical CD or Digital Download through bandcamp.com 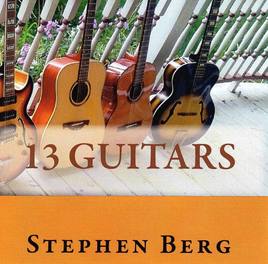 The long awaited new recording ! A mixture of blues, folk, and rock.
Written and performed by me, who does in fact own 13 guitars!

There are three "bonus tracks" of original demos of "Don't Wait," "Talk To You," and
"Believe."  These were recorded at Pacem In Terris in one of the hermitages. The recordings
were done right after the songs were written. I thought it was interesting to see how the
songs changed from the original conception to studio tracks. 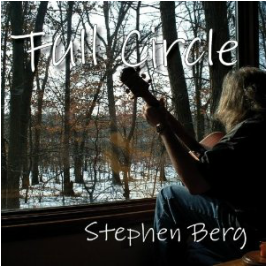 Full Circle (2013)
A collection of spiritual songs released between 1996-2013. Contains new tracks and digital remasters. All songs by Stephen Berg except as indicated.
Produced by Stephen Berg 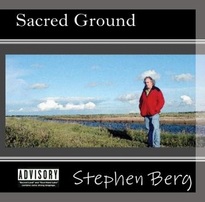 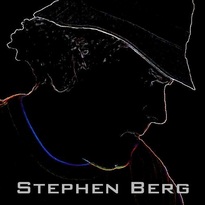 Produced by Stephen Berg except All I Know II produced by Phil King.
Additional Musicians: On All I Know II is Mike Kebsworth (drums) and Phil King (bass)
On Samuel Checote is Art Bjorngjeld (accordian) 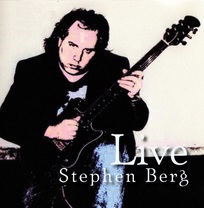 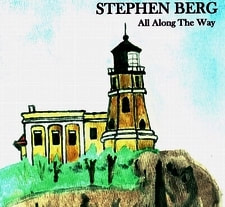 Released in 1996 and revised in 1997, this was my first conscious effort to put out something that I could sell at a gig. Recorded on a Tascam Porta-One 4-track cassette recorder, this began life as a cassette. Later my friend Ted Ward helped me remix and master it digitally. It is very clean for a 4-track recording. The opening song, "All Along The Way," has been part of my shows for years. Most of these songs are in the Christian realm, and that was a genre I was trying to write for so that there would be something other than Praise Music. This is available as a digital download from bandcamp.com. Click the picture to buy or just listen if you want. The album is $4.00 or each song is $0.50.